Theatre of NOTE at the 2018 Stage Raw Awards 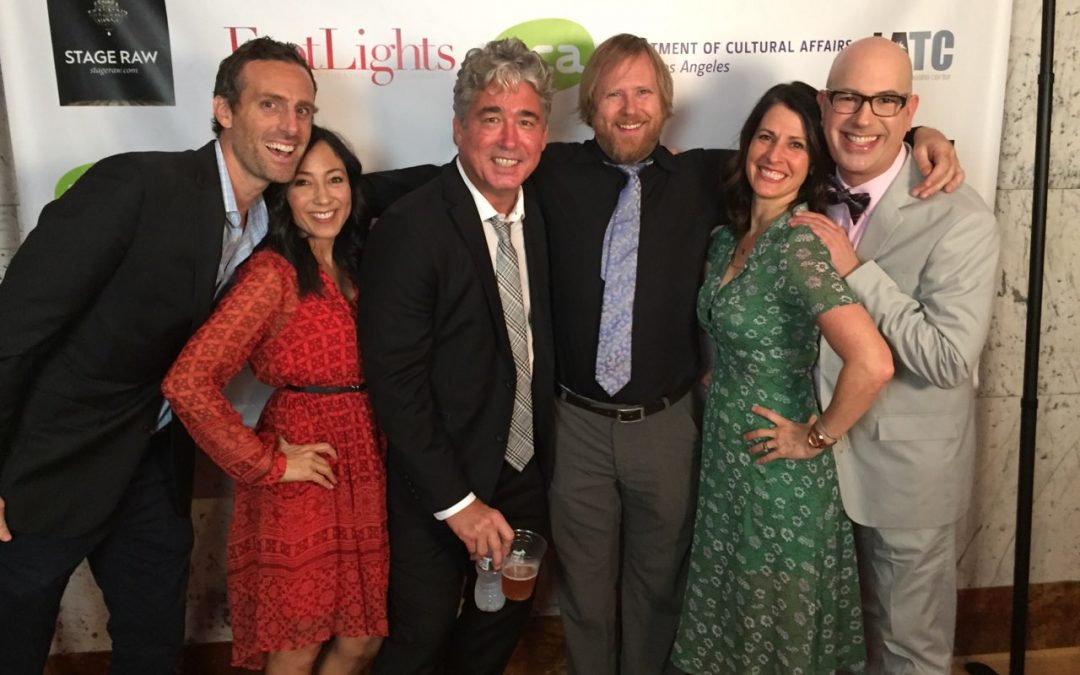 The cast and crew of Supper represented Theatre of NOTE at the Stage Raw Awards, where the production was honored with four nominations—three nominations in the category of Male Comedy Performance and one nomination for Best Comedy Ensemble.

Supper, written by Phinneas Kiyomura, is a dark comedy that portrays the implosion of one of the wealthiest and most powerful families in America today—the Koch family. The revenge fantasy imagines the patriarch of the Koch family taken down by the one family member he least expected capable of it—the son he’d branded a “sissy”.

Fellow NOTEr Elyse Mirto was also nominated for her work in Collective Rage: A Play in 5 Boops at the Boston Court Performing Arts Center.

Supper director Alina Phelan said of the Stage Raw event: “What an incredible celebration of the talent and artistry of the Los Angeles theatre community. I’m so proud to be a part of the Supperteam, a member of Theatre of NOTE, and the theatre community in Los Angeles.”