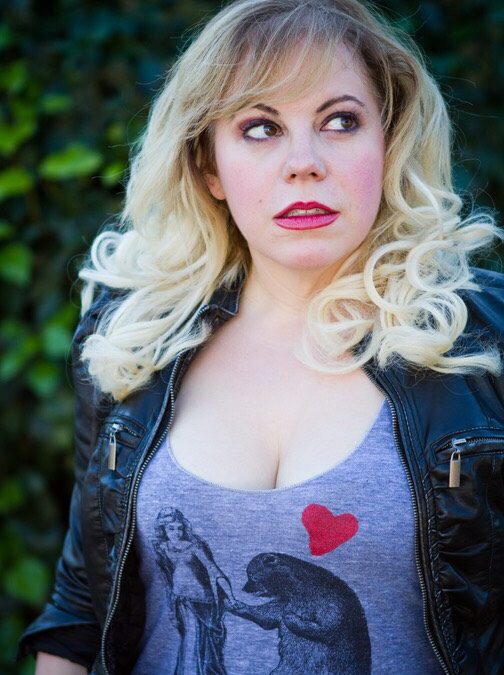 Kirsten Vangsness, an American actress and writer. She currently stars as FBI Technical Analyst Penelope Garcia on the CBS drama series Criminal Minds. She portrayed the same character on the spin-off series Criminal Minds: Suspect Behavior. She is the playwright behind Cleo, Theo & Wu currently running at Theatre of Note.

Were you always a writer or were you an actor first?

KV: I was an extra in community theatre productions in Porterville since I was about 8 and started writing short stories and journaling when I was in 5th grade after reading Harriet the Spy, so I started doing them both pretty young. When I started auditioning in Los Angeles I couldn’t find very many “not been done a million times” monologues with active objectives/obstacles that could be done in 2 minutes and made me laugh, so I started to write my own monologues, which then lead to writing full plays with people in them, and then one person shows and then tv episodes and then plays again. I’ve found that each of the things leaned itself to learning more about the other- Playwriting makes me a better actor which makes me write TV episodes better which helps me make good soups. The act of creating consistently makes the creativity not seem so elusive to me, I’ve noticed.

What was the first script that you wrote and how have you grown as a writer since?

KV: I wrote a scene about the environment for a night of one acts when I was in college and it was full of typos and very preachy and emotional and entirely devoid of playable actions or a beginning, middle and end. I still battle with all of those issues but I’m more conscious of when I’m writing like that. I’ve also gotten much more relaxed with editing. I used to be very controlling about cutting a play but I’ve opened up. I’ve learned that if I surround myself with passionate, smart art makers I can let them tell me what I’m not seeing. In CTW our sparkle of a director Lisa Dring cut 8 pages of the play with me before we opened and damn it hurt to do that, but it makes the play better as a whole. I used to think the play was MINE, and now I believe that it’s an idea I happen to catch and if I choose to write it I get to participate with the idea and then it becomes the play. It’s never mine, I just get to visit with it and be at its beck and call.

What inspired you to write CTW?

KV: I listened to a history course and it was twelve hours long—nestled in were the stories of Cleopatra, Theodora and Wu which made up about two of those twelve hours. It made my insides feel funny that I wasn’t surprised at that, even though half of the world are ladies, and then the election happened and mostly I kept hearing the title “Cleo Theo and Wu” in my head like a drum—the title delighted me so much I was compelled to start writing something and once I started it was like whoosh! It was spooky how the women’s stories poured out so easy, like they were just waiting for someone to write them down. It was the whole structure of the play that became a big adventure to write.

What made you choose Theatre of NOTE to produce the world premiere of CTW?

KV: NOTE is my art home and I intentionally wanted CTW to be deeply in bed with Mama NOTE. I workshopped the play at NOTE over the last two years, doing several readings as discussions with company members. The version of the play that will be seen is the fruits of that collaboration with the company, and our director and the cast of the play.

How have the current political climate and social movements impacted you as an artist?

KV: I was already finished with CTW when the Kavanaugh hearings started and mostly done even by the time the presidential elections had occurred. The ideas of how women (or of any person that bends, feels, identifies or appears  more femme) holds and creates power differently, and also what trauma does with memory (and also what is considered trauma since women especially often have all kinds of weird sexual moments sort of thrust upon them as a result of being seen as weaker), are big ideas that aren’t new things that have been rolled around in art and conversations throughout the history of humans.

What do you hope audiences take away from CTW?

KV: I hope the takeaway from CTW is hope, and responsibility we have as women to take care of ourselves and our stories so we can care for and hold the stories of other women, especially women (or any people who bend, feel, identify or appears more femme) who have less privilege. We are only as empowered as our least empowered. Also, I hope they take away new space words to describe stuff. Inside sparkle.

What’s next for you as an artist?

KV: I’m making an animated short with a fellow creative mastermind, Brendan Bradley, based on a story I wrote, I’m writing a TV pilot with Phinneas Kiyomura and also the season finale of Criminal Minds. Also, I’m going to be spending my free time bussing tables at the Blinking Owl, a Santa Ana Distillery I co-own. 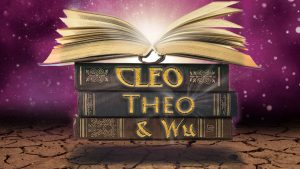